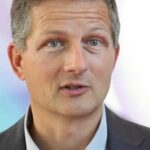 My name is Pieter Schoehuijs. In one of my previous roles I was CIO of AkzoNobel for six years. I led an international team of 800 people. Or actually, a collection of teams. Project teams, geographic teams and organisational teams.

I soon noticed that we were not functioning optimally. Sometimes people did not understand each other or irritated each other, projects were often delayed and there were various other signals for no apparent reason. In other words, the foundation was missing. The foundation to create clarity with each other about the task at hand and about how to interact with each other, how to communicate and see and oversee what is happening.

Together with Hans Veenman and his team, we have set up a core skills program through which we have trained more than 150 people in several countries in Europe, Asia and America. This was a huge success. Experiencing enriched people personally, which soon spread and led to a waiting list of candidates. But teams also became more effective and efficient, which led to a well-functioning organisation, excellent project performance and a low employee turnover in general. I am convinced that many people, myself included, are proud of that period at the company because they were part of a good and pleasant team.